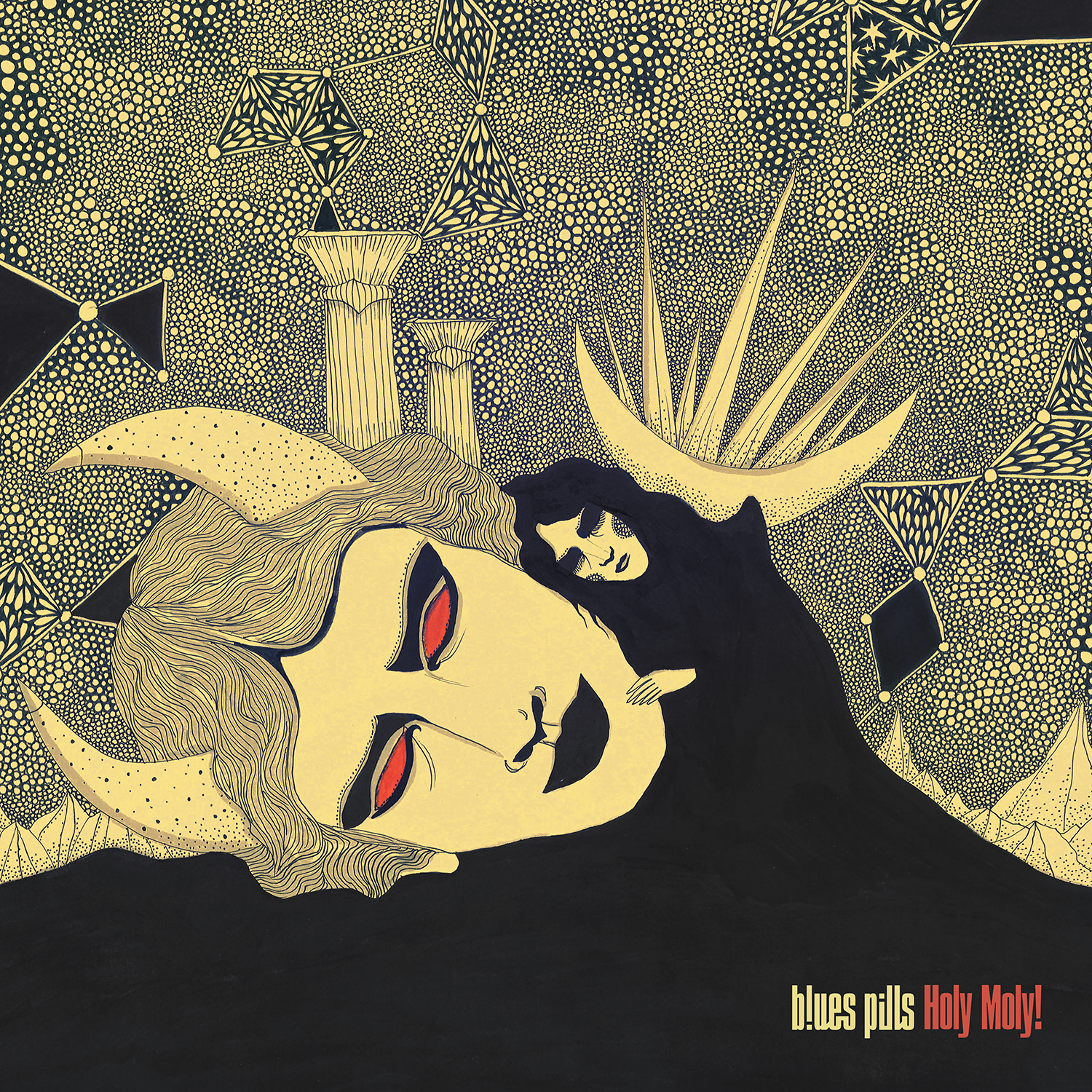 If you’re a fan of heavy psych-rock with big, clean femme vox and you haven’t already checked out Blues Pills, I’d suggest their third LP, Holy Moly wouldn’t be a bad place to get on board.

Blues Pills are now approaching ten years old (they grow up so fast!), and, as bands tend to, have had a couple of personnel changes. Founding members Elin Larsson and Zack Anderson remain, with Zack recently switching to guitar to accommodate the departure of original guitarist Dorian Sorriaux. Long time drummer André Kvarnström now has Kristoffer Schander as his rhythm section “partner in crime” and the pair do a mighty fine line in rnr too.

‘Proud Woman’, a tune whose lyrical content is much needed in this day and time stamped a hefty footprint on the colour and tone of Holy Moly. Ripping vocals, some sweet gospel-esque b/v’s, raunchy and riff-heavy, it’s a driving thunderous tune.

‘Low Road’ is another uptempo rock beast, dynamic, with a handful of busy riffs and enough meat in the fuzzed-out bass tone to give a vegan an aneurysm.

As with all great records, Blues Pills know it ain’t always time for foot to the floor rock pigs, so Holy Moly is interspersed with gentler numbers too. ‘Dust’ is laconic and moody, whilst ‘Wish I’d Known’ sees the band pull into the left lane, stick their feet up on the dash, and take a slow cruise down the other side of the mountain. Elin unleashes her stunning pipes on this one, and gives us a masterclass in her talents.

The poignant ‘Song From A Mourning Dove’ from the opening tinkle of the ivories through to a raunchy solo from Zack was one of my faves from this collection.

When I first heard this band, my first thought was Aretha Franklin fronting Zeppelin. This remains true, but they certainly do have their own identity as well. The self-titled debut was a great album, and backed up by Lady In Gold a couple of years later. Lady In Gold seemed to have a polarizing effect on fans of the band (I loved it; many didn’t) and with Holy Moly, they have grown in their songwriting abilities, but also seen a return to a style much more like album #1.

So all in all, I reckon this is a killer album, with a great spectrum of sounds, and some excellent songs too. A decade in, and the band now seem to be truly hitting their stride! 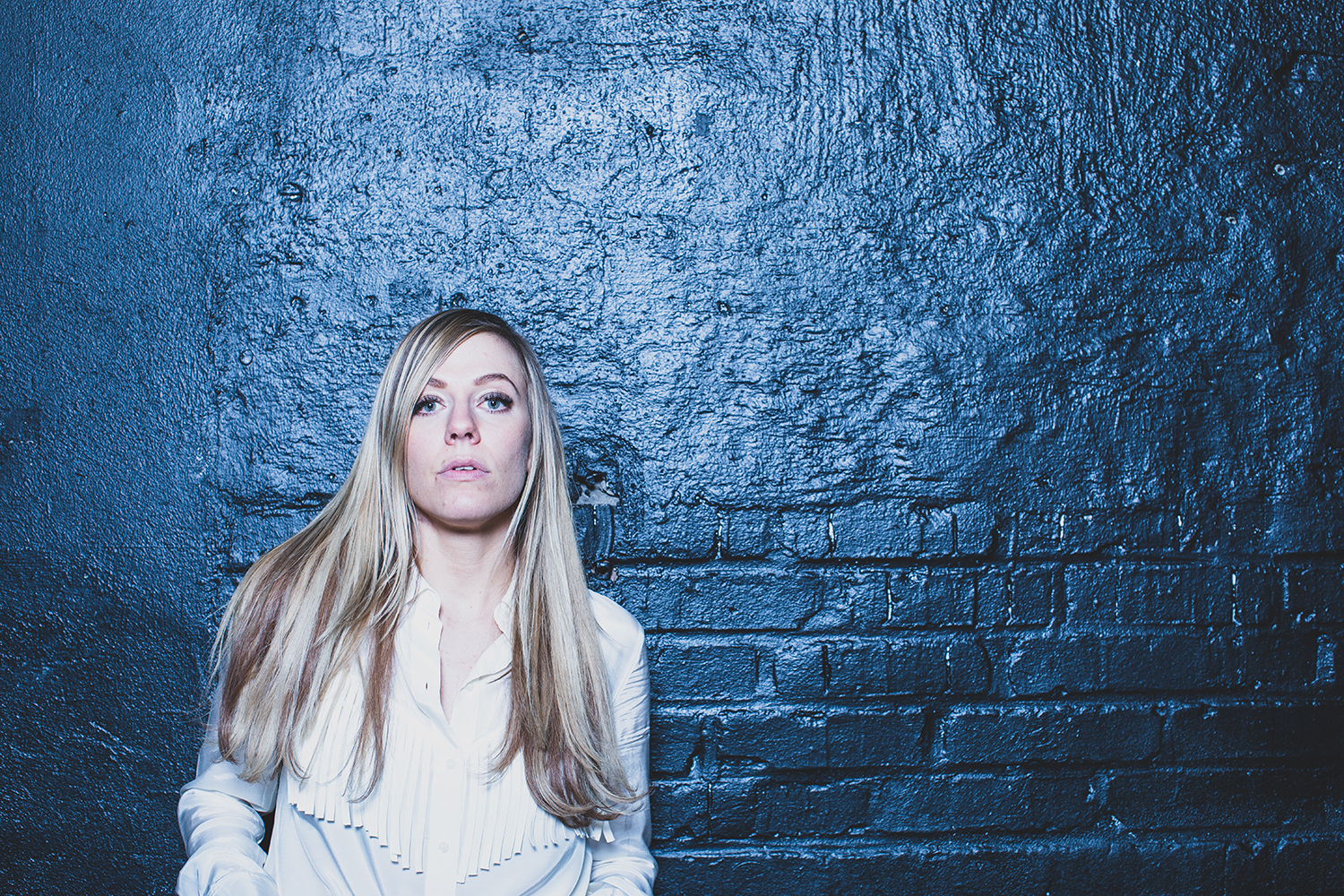 Blues Pills are fast approaching their 10 birthday, and have LP #3, Holy Moly, slated for release on the 21st of August. I spoke with front woman Elin Larsson to discuss the new record amongst other things.

El Jefe: What approach did the band take when it came to writing and recording Holy Moly?

Elin Larsson: Zack (Anderson) and I write together, and we usually feed off each other. We usually start with demoing ideas and expand from there.

El Jefe: Where did you record this one? I recall reading that you were building your own studio…

EL: Yeah, the studio is the one we built, and Zack recorded the band. Having our own place to record makes it a lot less stressful, and it’s good being able to go home and sleep in your own bed when you’re recording too. So we recorded between November and January, and sent the recording to Andrew Schepps (Red Hot Chili Peppers, Iggy Pop, Adele, Black Sabbath, Rival Sons, Hozier et al) to mix. He has a really good ear for this kind of music, a very organic approach, and we didn’t really need to ask him to make many changes to the mix, he was already on the same page as us.

El Jefe: With Dorian (Sorriaux) leaving the band and Zack switching from bass to guitar, has it changed the musical dynamics within the group?

EL: Our approach hasn’t changed; we do things the same way, but Zack has a more raw, rock and roll style of playing. He plays guitar to suit the songs.

El Jefe: How did you find your new bassist Kristoffer (Schander)?

EL: Kris was already a friend of ours, so we asked him to come and have a jam. Straight away, it sounded really good, he was just a really good fit. And being a friend and someone we could get along with is really important, especially if you’re going on tour.  Unfortunately, he quit his job to go on tour with us two weeks before Covid hit. The Swedish government will make payments to people who have lost their job because of Covid, but they don’t pay anything to people who don’t have a job. 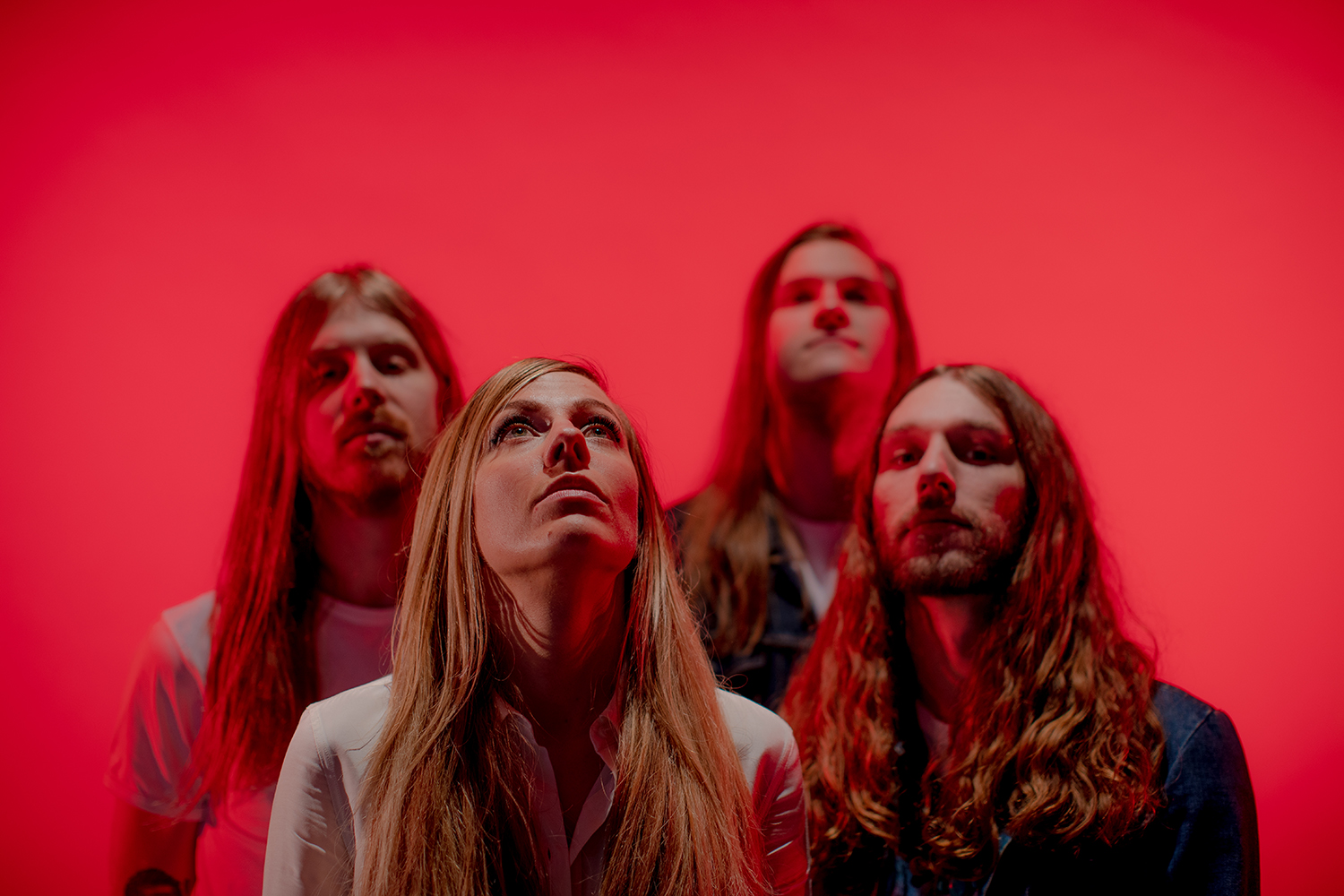 El Jefe: Lyrically, ‘Proud Woman’ (lead track on Holy Moly) seems to be a solid statement regarding equality for women.

EL: I wasn’t intending for it to be political, but it is a song showing support for women and unfair treatment. I’ve often had to defend myself and my rights, particularly in the early days of the band, against guys who think you’re not there for your talent. When the band first formed, I had no idea what it could actually be like, being treated like that, but I write the songs for the band and shouldn’t have to fight for respect. Another thing with ‘Proud Woman’ is that when we wrote it, we thought it also had a good party vibe to it, a good time song and something of an anthem.

El Jefe: Musically, what is you background and/or training as well as your influences?

EL: I really started when I was about 12, and had a few vocal coaches and lessons. I just kept practicing really hard too. At first, I didn’t listen to much rock and roll; was just interested in Soul, and Aretha Franklin. My dad listened to the Beatles, and my first record was a Joe Cocker album. When I was a bit older, I discovered Black Sabbath and The Doors, and also listened to a lot of punk stuff. I was really lucky too, because in Sweden, music and the arts are really important, and you get encouraged to play music as much as you can. I also sang in an all girl band as well as a disco metal band before the Blues Pills.

EL: We were playing a festival in Switzerland in the mountains, and Patti Smith was also playing. I don’t usually like to go and talk to people I don’t know, don’t want to bother them but I went over to talk to Patti. It was really cool!