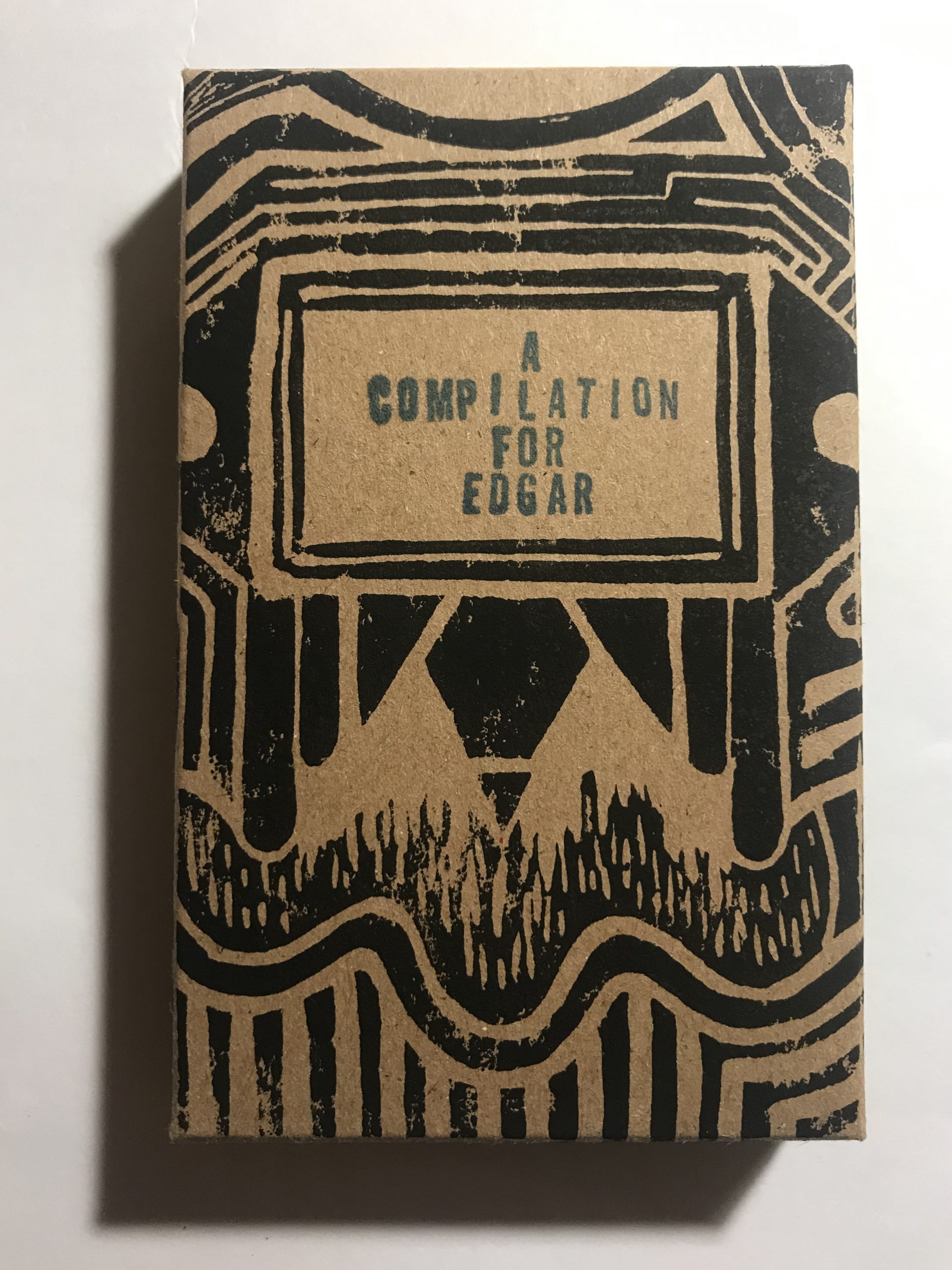 One of my favourite labels is another indie operation here in Melbourne called Wild Animals Records. With releases from Raul Sanchez i Jorge (Magic Dirt, River Of Snakes, Midnight Woolf, Electric Magus), Bonnie Mercer, Lost Talk, The Frees, Shepparton Airplane and more… with that list, and the incredible, unique DIY touch added to each one, obviously everything they do is gold.

This release is no exception. A Compilation For Edgar is a 24 track goldmine of live music recorded in pubs around Melbourne from an incredible list of bands! It’s limited to only 53 copies and comes in very cool packaging. All the proceeds are also going to Edgar’s Mission, an animal sanctuary in Lancefield, VIC (near the Macedon Ranges).

I asked the guru behind Wild Animal Records, Dan Williams, a few questions about the release…

Anthony Moore: How did this compilation come about?

Dan Williams: This was Max’s idea (Max Ducker, cellar sessions recording studio). He’s a staunch vegan and a lover of animals. I’ve spent some time living on a small ‘hobby farm’ where the animals were treated wonderfully and respectfully…but they were there for a reason. So maybe it’s pure guilt for me? But goats are just great. Everyone should get to spend time with goats!

The seed of the idea was all Max’s. Along with the bands that record with him at his studio, Max also mans the knobs on mixing desks in venues around Melbourne….well, prior to all the gigs stopping, that is! He’ll often set up a set of mics and take a live recording of the bands onstage. As such, he has a library of faux-leather bound hard drives full of rare live recordings that he has worked tirelessly mixing to noisy perfection. I got involved as I’ve been wanting to have a peek inside Max’s library for ages to see what albums I can put out. Max had seen some of the releases from my label before as, prior to getting to know him, I had put out some live recordings he had taken. He dug my stuff and I dug his stuff, so I was brought in to sort the physical side of the release. We did a joint release and in spite of this, our friendship has remained intact. RESULT!

AM: Did all the bands donate the songs?

DW: All the songs are donated (thanks bands!), all the versions on this compilation are exclusive and some of the songs have never even been released before.

AM: How did you choose the bands?

DW: Max put the initial track listing together. I couldn’t fault it at all so we went for it. Max seemingly knows all the best bands but for me it was like a perfect mix of bands I was already a fan of and bands I’d never heard before but was totally into on first listen. …like any good compilation really.

AM: Assuming you hand made everything yourself?

DW: Everything is hand printed with a lino cut I made. I gave myself the pleasure getting ready-cut card sleeves this time, which was wonderful. Some of the prints were a bit sketchy but, you know, this is noise rock recorded on drunken nights at the Last Chance, The Tote, The Old Bar, (and Northcote Social Club) so things are allowed to get a bit messy sometimes, right?

AM: Any closing words?

DW: All proceeds are going to Edgar’s Mission. Max and I are not covering our costs first. Basically, after any fees from the selling platforms, it’s all for Edgar’s. Ideally this will result in Max and I getting the chance to hand a ‘big cheque’ (we’re talking physical size here) over to a goat. I can’t wait!

A Compilation For Edgar is available now through Wild Animals Records HERE.