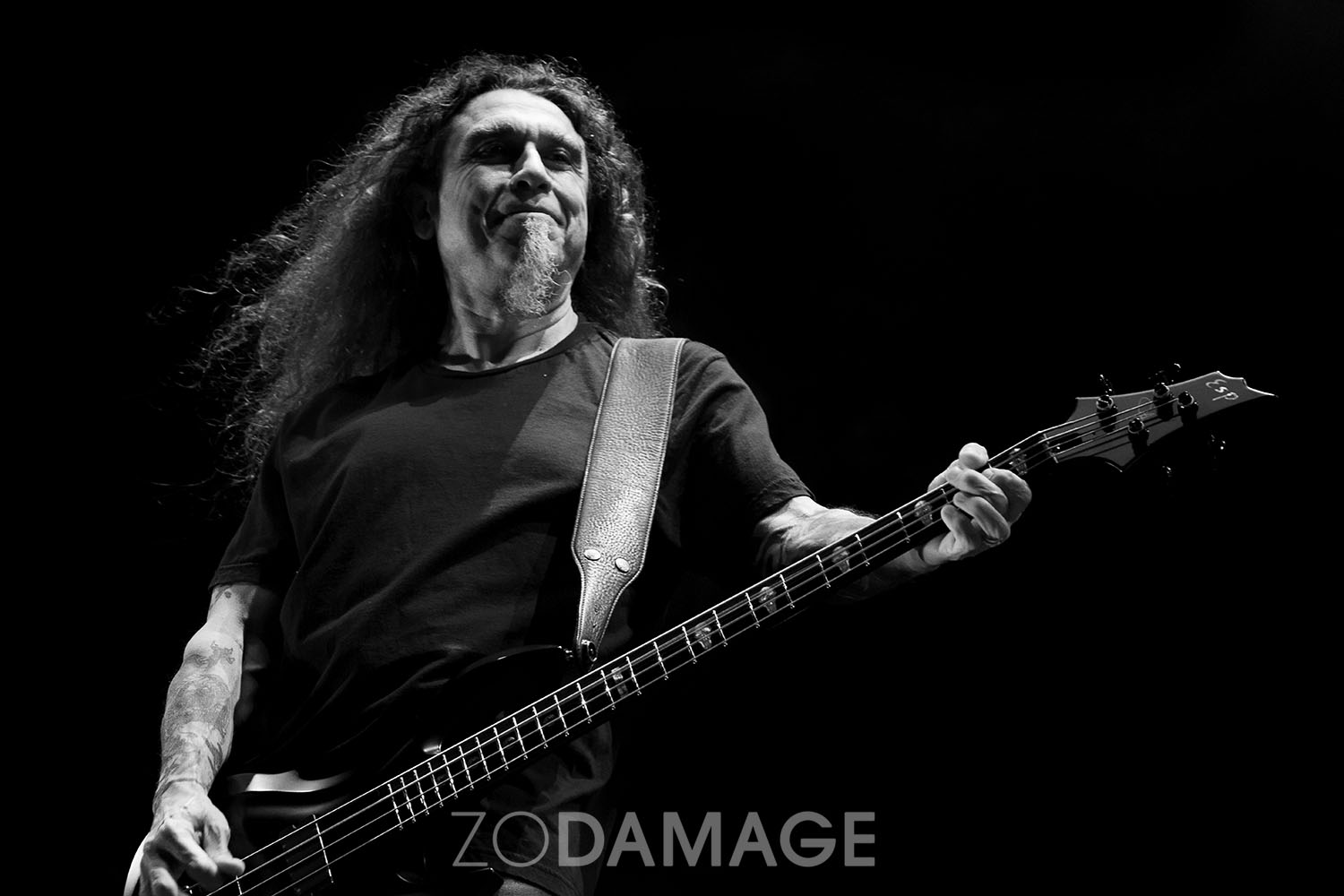 After a hit movie, making the sequel usually comes with a lot of extra pressure to perform and live up to the standards of the first. With Download Festival, add onto that the even greater pressure of taking over from where Soundwave left off in the heavy music category, and the comparisons it will bring being at the same location with similar lineups. From gates opening though, Download (the sequel) looked certain to be a hit at the ‘box office’.

Melbourne was shining brightly (except for all the black clothing) and punters flooded into Flemington. Tasmania’s Ruins kicked things off on the Dogtooth stage. Dark, driving and ferocious, it woke us all the hell up ready for a massive day.

Over on the Ascension stage, Melbourne’s Windwaker were getting going and I’d been told to check them out. They’re originally from my home town of Wagga, and I was stoked I wandered over. Metalcore isn’t usually my go to, but they’ve got a tight groove that’s pretty addictive. Their new EP, Empire, is out March 22.

It says in the Slaves bio on the Download app “You owe it to yourself to see this band.” And they were right. This two-piece from the UK have been around since 2012, released three albums and blend their own version of punk rock, chaos and humour all together for one hell of a good time. Drummer and vocalist Isaac Holman said in response to questions they get about his drum set up (only floor tom, snare and two cymbals), “Fuck the hi-hat!” and off they launched into a repetitive chant back at their accusers that left the tent covered Avalanche stage going nuts. 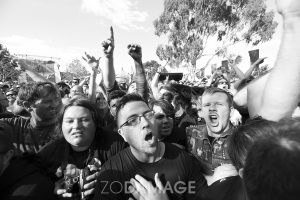 As we know, there are sometimes clashes at festivals, and I left Slaves to go and see a band from Baltimore that apparently had loads of attitude. War On Women are a “co-ed feminist hardcore punk band” that aren’t afraid to tell you what they think. In a world of keep it to yourself or the keyboard warriors will lose their shit, it’s refreshing. They rocked the outdoor Dogtooth stage but I’d love to see them in a small venue where stage diving is a prerequisite and you have to towel yourself off afterwards from all the sweat dripping off the walls.

In case you didn’t hear, Ozzy was going to headline Download but had to cancel due to ongoing health issues. I know, there wasn’t much said about it pre-fest was there (insert drawn out sigh here). Yes, it’s frustrating when someone you really want to see pulls out of a tour, and especially when it’s a headliner. In this case however, and what was evident from the cheers they got from the biggest crowd for an early afternoon slot I’ve seen for as long as I can remember, more people seemed to be stoked that Airbourne were Ozzy’s last-minute replacement than not. The lovechild of AC/DC and Motorhead on speed, came out guns a blazing from the getgo. They walked out to Terminator 2’s main title track and Judgement Day it was as they blazed into ‘Ready To Rock’! Pyro, raised horns being thrown from the crowd and loads of cheers. Airbourne know how to party and proved why they’re loved as much as they are!

Relentless. Ferocious. Powerful. High Tension. There’s no warming up, no intro to say ‘hey crowd, we’re ready to go’, just face melting intensity from the outset. Each time HT hit the stage, they own it and us. We’re fed intravenously through Karina Utomo’s vocals as she commands respect. The band are one of the tightest around and always, ALWAYS impress. Lots of incredible national and international bands on the lineup of this year’s Download, and High Tension were easily one of the best on the day.

On the way to the main stage I dropped in to Me First and the Gimme Gimmes. They opened with a killer rendition of Cher’s ‘Believe’. Made up of members from some of punk rock’s favourite bands (Lagwagon, Face To Face, Bad Religion, Swingin’ Utters), they plowed through a set of hits including Blondie ‘Heart Of Glass’, Dolly Parton ‘Jolene’, Willie Nelson ‘On The Road Again’, Billy Joel ‘Uptown Girl’ and our own anthemic ‘Most People I Know’ from Billy Thorpe & The Aztecs. I’d love to run into these guys at karaoke.

On the Black stage Anthrax kicked into a cover Pantera’s ‘Cowboys From Hell’ for the intro, paying tribute to the bands drummer Vinnie Paul who died last year, with Download falling on what would’ve been his 55th birthday. The intro lead into their own much loved ‘Caught In A Mosh’ from 1987’s Among The Living album. The main stage area was packed, and punters readied themselves carrying a couple of beers each so they wouldn’t have to leave mid set. Vocalist Joey Belladonna doesn’t show signs of wanting to slow down in the bands 38th year, and neither did Scott Ian (rhythm guitar), Frank Bello (bass), Charlie Benante (drums) and newest member (from 2013), Jonathan Donais (lead guitar). Crowd fav’s included ‘Caught In The Mosh’, ‘Got The Time’, ‘I Am The Law’, ‘Be All, End All’, ‘Evil Twin’, ‘Antisocial’, ‘Indians’. [That was the entire set… – Ed] 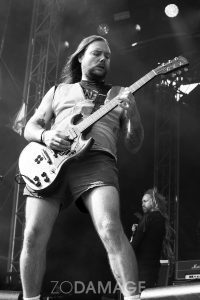 Frenzal Rhomb. They’re like Aussie punk rock royalty. Maybe a little more though the family member who dresses inappropriately at gatherings, gets drunk at galas and spews in the fountain out the front of the palace. And we love them. The first time at Download I heard some soccer style chants for the band to start playing, and play they did! Frenzal kicked into Ozzy Osbourne’s ‘Crazy Train’. Which was a nice lovely poetic touch for the day. And it sounded awesome! I’m not sure if they played it as a joke or a serious homage to the guy who cancelled, after all their songs are often very cryptic. Take for example when Jay said “This songs about being attacked by birds, it’s called Bird Attack”. No idea what that was about. I also like how they “Tackle the big issues” while singing “Russell Crowe’s band’s a fuckin’ pile of shit!”.

New Zealand’s Alien Weaponry formed in 2010 by brothers Lewis and Henry de Jong when they were 8 and 10 respectively at the time. They released their debut album, Tū, in 2018. Their bio reads like an award ceremony. I recently heard about them so had to check them out. The Ascension stage was packed as the band delivered nonstop energy with their blend of nu-metal and thrash with some of their lyrics sung in their native tongue of Te Reo (Māori). They’ve been labelled as heavy music’s ‘next big thing’ and deservedly so.

Walked up to the last few songs of Rise Against as they were joined on stage by War On Women’s vocalist, Shawna Potter, for a kick arse cover of Black Flag’s ‘Rise Above’, followed by another guest vocalist, Spike Slawson (Me First and the Gimme Gimmes) for the Misfits ‘Hybrid Moments’. They closed out the set with the much loved and driving ‘Savior’, which included some of Sabbath’s ‘Paranoid’.

Alice in Chains. Let’s get it out straight away. I heard people saying it isn’t them without Layne Staley (their original vocalist who died of a heroin overdose in 2002). I saw them with Layne back in the day. They were and will always be some of the greatest gigs I’ve ever seen. But AIC have done way better than most bands that replace such an iconic singer like Staley. William DuVall has been with them since they reformed in 2005, always impresses and is a great front person. That said, Jerry Cantrell is the leader of the band. As well as his lead guitar, Cantrell’s vocals have always added an extra layer that is beautiful, haunting and emotional. He adds so much depth to their sound on so many levels. Their set at Download didn’t disappoint at all. Opening with a fav, ‘Bleed The Freak’, it was a gentle ease into all that AIC are. Gentle, oozing emotion as well as kick arse head banging attitude and solos. Including some ‘newer’ tracks like ‘Check My Brain’, their set was made up mostly of their classics like ‘Them Bones’, ‘Dam That River’, ‘Down In A Hole’, ‘It Ain’t Like That’, ‘Man In The Box’, ‘Would?’, and ‘Rooster’.

“Hello everybody, the Priest is back!” One of the most anticipated bands of the day was Judas Priest. It seemed like a large part of those who attended Download flooded into the main stage area to settle in for the rest of the night with the Black stage crowd looking the biggest for the day. They kicked off the set with ‘Firepower’, both the song and classic ‘80s metal attitude. The band are 50 years on and still rockin it all. Although the 67-year-old singer Rob Halford is looking a little battle weary he was still hitting those high notes and leading the charge proving why they’re one of the most loved and influential metal bands ever. Their set included a mix of mainly ‘70s and ‘80s classics like ‘Sinner’, ‘Turbo Lover’, ‘Hell Bent For Leather’, ‘Freewheel Burning’, ‘You’ve Got Another Thing Comin’. As well as the opener from their 2018 Firepower release, they also played ‘Lightning Strike’, ‘No Surrender’ and ‘Rising From Ruins’. And what would a Priest set be without ‘Breaking The Law’! Massive end to their set.

So it was nearly the end of the day for Download and nearly the end of the road for Slayer. Contrasts of highs and lows. Black fabric hung from the top of the Red stage covering our view. Band logos were projected onto it as the second round of soccer style chants I heard, but this time for ‘Slayer’, filled Flemington. As the covering dropped to massive cheers they tore into ‘Repentless’. Their Australian shows are part of the bands final world tour before they call it a day after three and half decades. Slayer once again confirmed they are still at their best and unequaled in their live shows. They covered some massive favourites from their back catalog including ‘Seasons In The Abyss’, ‘Raining Blood’, ‘South of Heaven’, ‘Chemical Warfare’ and finishing on the massive ‘Angel Of Death’. Airbourne had some pyro from various spots on the stage, but as my mate Brado said about Slayer’s pyro, “So much fire, SOOOO MUCH FIRE!”. Slayer will be missed but will continue to influence bands for years to come and left those at Download more than stoked on being able to witness another set, albeit from their final tour.

Highlights from the day:
Slaves, War On Women, High Tension, Anthrax, Frenzal’s ‘Crazy Train’, Alien Weaponry’s spirit, the entire Alice In Chains set, especially ‘It Ain’t Like That’, ‘Bleed The Freak’ and ‘Rooster’, Hearing Judas Priest play ‘Freewheel Burning’ and ‘Turbo Lover’ – always cool after seeing them so many times on Rage growing up, all hail Slayer, using the Download app – give the developers a pay rise!

Shout out to:
Crowd Care for doing such an awesome job looking after everyone and handing out water constantly, Vision Security who were on top of everything as well looking out for everyone. 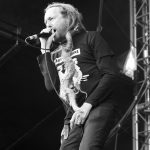 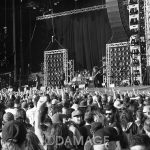 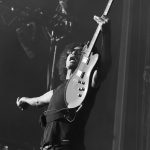 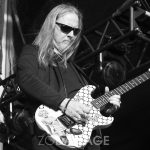 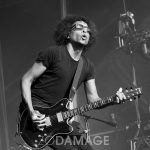 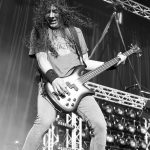 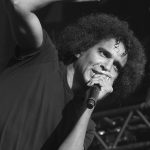 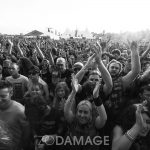 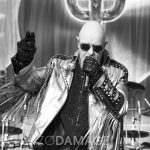 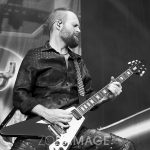 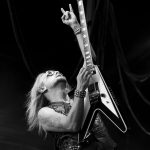 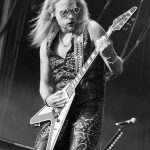 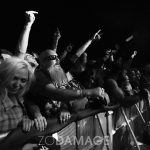 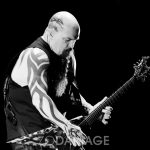 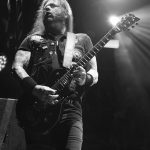 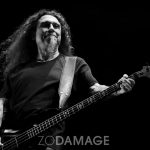 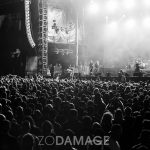 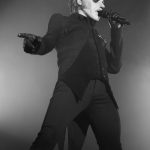 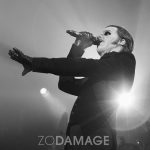 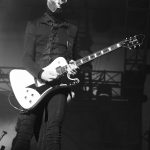 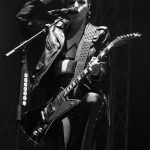