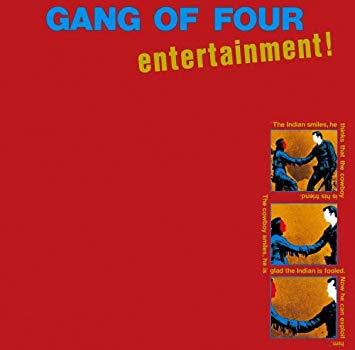 In 2019, Gang of Four is celebrating the 40th year anniversary of ‘Entertainment!’, with an international tour showcasing their musical diversity throughout the band’s history. Chatting with the last founding member still a part of the legacy, original guitarist Andy Gill speaks about what fans can anticipate on their forthcoming tour.

“Some of the tour is more geared towards celebrating the fortieth anniversary of ‘Entertainment!’ but some of it is launching the new album. The new album is called ‘Happy Now’ and it’s gonna be available at the end of March. The first single which is ‘Paper Thin’, is already out now. It’s just come out and so, when we go to America in about a weeks time, we’re gonna be doing three weeks around America which is mainly to announce the new album, ‘Happy Now’, and we’re going to be playing songs from that. We’ll also be playing ‘Entertainment!’ songs but it’s not as specifically ‘Entertainment!’ celebrations. Then we go to Japan for a few days, China for a few days, then we come to Australia and New Zealand… The Australian and New Zealand shows, we will be playing all of ‘Entertainment!’ in full, plus some stuff from the intervening years, and some of my favourite songs, some of the band’s favourite songs, and we’ll also play probably about two or three songs from the new album as well.”

Throughout Gang of Four’s activity, they’ve challenged genre constraints as they’ve expanded their discography through experimentation of instruments, genres and musicians.

“Some people kind of wanna hear stuff that sounds like ‘Entertainment!’ but I think people appreciate that we’re not, (Gang of Four) is not that kinda band that sticks very tight to a sort of genre-specific sound.”

Since the band have continuously been releasing diverse records, their gigging has been quite consistent, although their live performances Down Under are a little overdue as Gill continues;

“We kind of get around the place. It’s been a little while since we’ve been in Australia and New Zealand… I think it’s been a few years, so we’re looking forward to coming back there. I’ve been to Australia myself many times over the years because I’ve produced Australian bands. I mixed Regurgitator, I produced The Mark of Cain, I did work with Michael Hutchence, he was a great friend of mine… But to come back and play is kind of special, so we’re looking forward to it, to be there in March.”

With their celebratory tour nearing, we can look forward to hearing their classics played in full–with added extras on their setlist–hitting the stages of Australian capital cities this March. 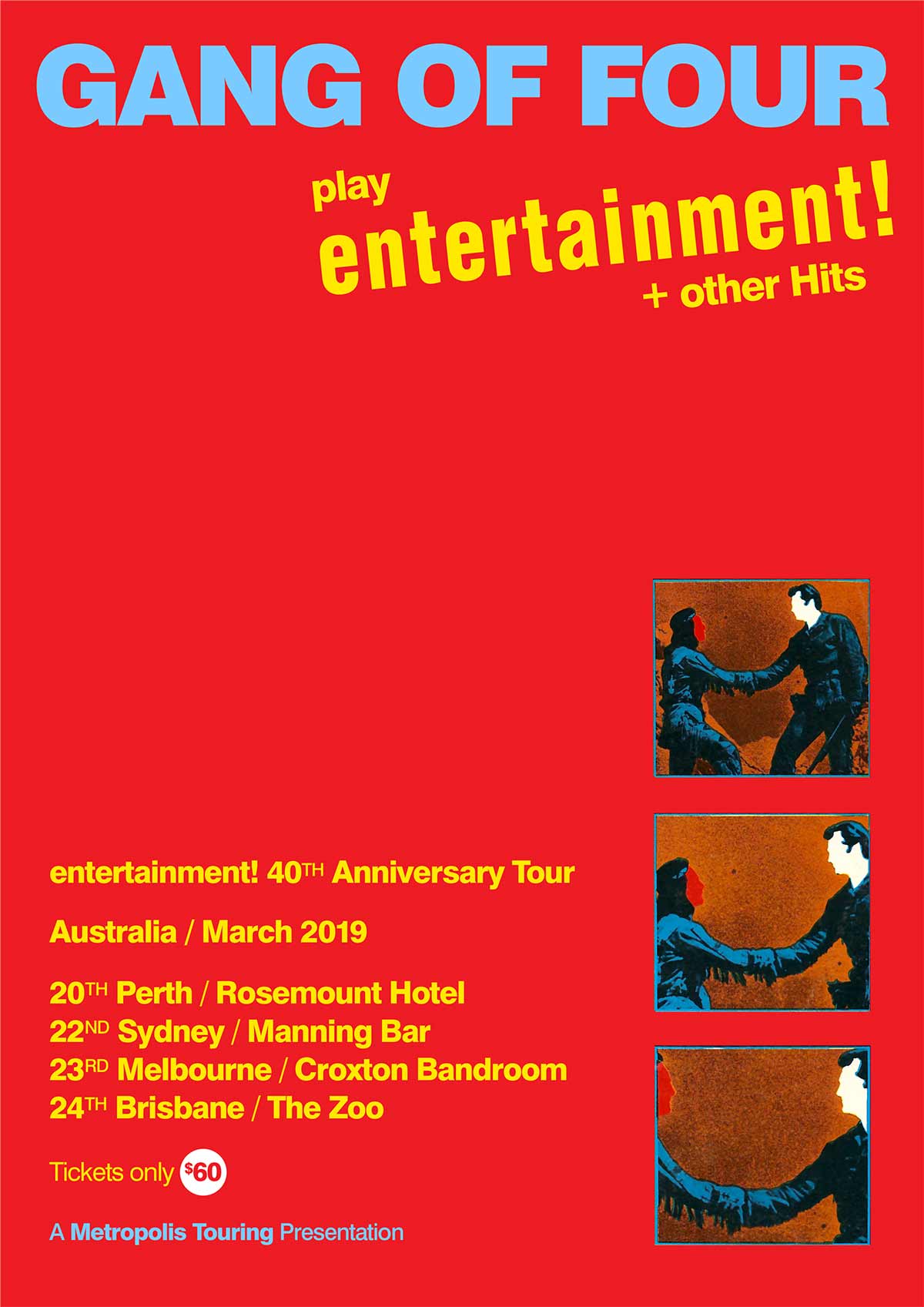 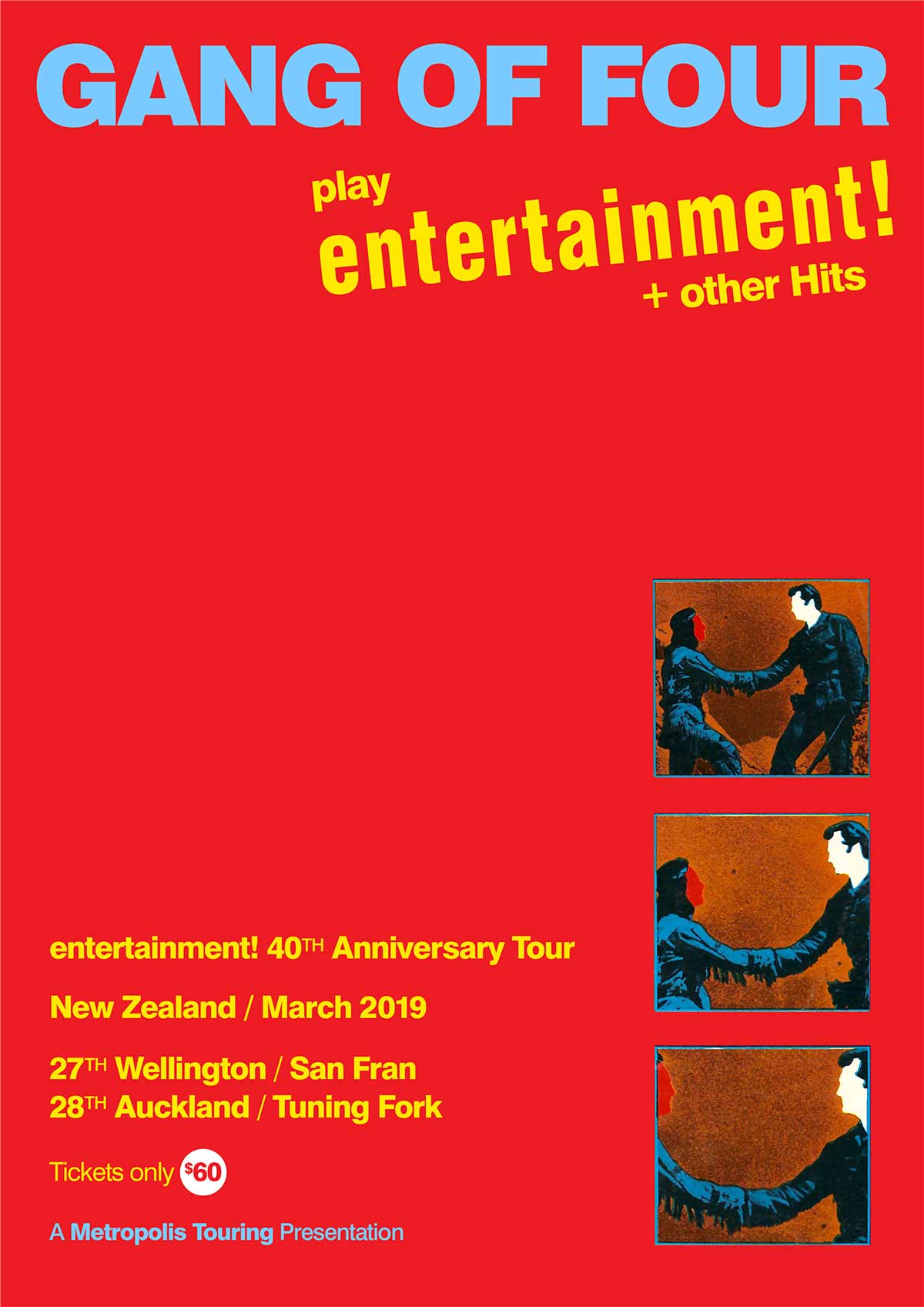