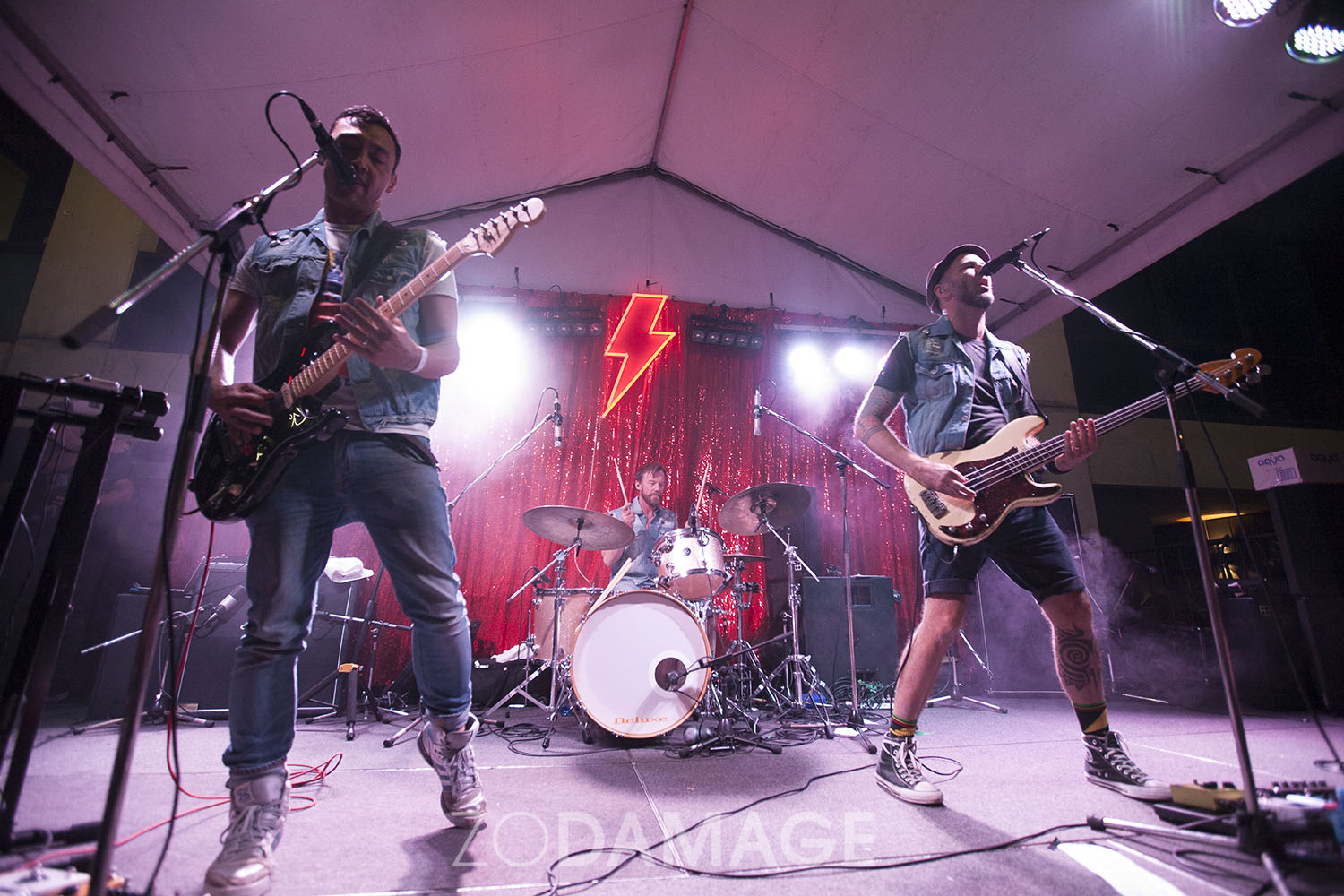 Opening up AC/DC laneway as a part of Melbourne Music Week, the infamous Cherry Bar plays home to this year’s Civic Laneway Festival. Hosting a diverse variety of some of our cities finest bands, the venue has organised a set-up catering to the diverse line-up, with the inside stage adorning its regular velvet red backdrop, the outside stage boasts a similar rock n roll aesthetic.

On the outside stage, DPRS (AKA Democratic People’s Republic of Surf) began the day with their soothing surf melodies, welcoming the early arrivers into the festival with their catchy summer tunes. Following on are Batz, with front-woman Christina Albury flipping off her bandmates for arriving late. Their garage-disco melodies sweep our feet into motion, as we groove across of the laneway’s heating concrete.

Leading us inside with their catchy grunge openers, The Grogans take to the Cherry Stage with high energies as the three-piece supercharge us into the early afternoon. Outside, IV League channel their contagious choruses through the amplifiers as punters begin to congregate under the sunshine to experience their performance.

Giving us some respite from the sun, Destrends radiate their opening song through the airways, leading us back inside. With a new band member in tow, the new four-piece accentuate the stage as they burst into ‘My Friend’. With their shuffled line-up producing a new and improved sound, we bounce along faster to their anthems and join frontman Matt Savage to their moaning choruses as he heads into our crowd with the mic. As their costumes begin to swelter under the stage lights, Savage takes advantage of the mic stand and dances in a frenzy back on stage, while lead guitarist Billy Watts plays his solo with his guitar hung over the back of his head. Nathan Savage flourishes in his first show behind the bass guitar and smiles ecstatically at the audience while their latest edition, Liam Burgan, fills tight rhythms on the tubs and gives a promising debut performance with the beloved trio. M Savage smashes a cowbell through the opening of their latest track, ‘Medication’. As his wails disintegrate into the mic, our applaud carries into their gratitude of our audience reception.

Bec Sandridge creates a sound which gravitates our attention towards the outdoor stage as the duo captivate our ears through the speakers, the crimson red lightning bolt burning in the suns overhanging reflection. The duo bounce and glide through guitar licks and bouncing drum beats into waves of soothing indie rock as the afternoon heat hangs above us.

The Cherry Dolls have us congregated back inside as they break into their opening song with an introduction that prepares us for a promising performance.  Soon into their set, the lights have been dimmed and they’re leading us into a frenzy as they explode into ‘Crystal Pistol’. While frontman Joshua Albury swings his mic around erratically, Brendan West keeps a cool groove behind the bass guitar as he lays into a contagious rhythm with drummer Thomas van der Vliet. It’s a sight for sore eyes as they electrify the stage, taking swigs from Jack Daniels’ paper cups. Albury soon proclaims that he “doesn’t wanna play ‘The Last Time’.” With a subtle exchange of eyes on stage, his mind is changed: “O’rite, fuck it. We’ll play ‘The Last Time’.” As the opening guitar riffs between Jakob Kagan and fill in rhythm-guitarist Alex Markwell are exchanged, our bodies flourish into the rising temperature of the mood. Albury soon loops his mic through the rafters, using the floating stand as an added prop as they power through their set. Snapping the mic lead in the final song, the boys bring their set to a thunderous close as Albury borrows the backup mic from his bandmates, making it a memorable exit.

Leading us back into the afternoon with their party bangerz, The Bennies scramble around the stage as the atmosphere rises in a fog of lit cigarettes and joints lingering above their cheering fans. ‘My Bike’ has us singing along to their anthems as we dance through the laneway ecstatically. Before bringing their set to an eventual end, there’s even a cover of Beastie Boys’ ‘Sabotage’ to keep us bouncing into the sunset.

Auntie Leo & The Backstabbers revitalise us back inside with their crispy jams and choruses that are easily sung along to. As our feet move along to their guitar licks and bongo drums, we keep our rhythm as the rest of the band fuel the fire of their contagious energies.

Last but not least, the inside performances are brought to a finale with RO.

While the ground outside initially looks wet from rain, it doesn’t take long to realise that punters are spilling more booze than they’re drinking as RVG bring it up a notch outside in the early evening. The cigarette’s remain ignited as we flood into the laneway, our audience becoming a swaying breeze in the balmy evening as their songs radiate through the speakers.

Nai Palm are just what we need as the sunset begins to set above us; their chilled rhythms maintain our attention as they glide through their set, providing us with catchy tunes to sway along to. Back inside, the DJs are spinning funky tunes as the mood falls into an intense bliss. Although it’s been a long day, it’s obvious that we’re not quite done yet as we cheer for more of Nai Palm.

While we await the evenings headlining act, our chatter fills AC/DC lane with what makes Melbourne’s music scene so great: smiling faces, new friends; and other great Aussie bands that weren’t on the bill, shuffled through on the playlist coming through the amplifiers. With a final word from James Young, we’re more than ready for Regurgitator to take the stage.

Erupting their set into a roaring applaud, Regurgitator reignites our engines as we shuffle and glide through the laneway, dancing along to their thunderous rhythm section. We replace some of their choruses with Oi! Oi! Oi! chants, embracing Australia’s fantastic musicians as the moon makes its way into the evening sky. As the glowing neon red lightning bolt illuminates the cheery faces from the stage, we continue through their set with our ecstatic expressions mirroring the bands’. As they bring their set to an impressive ending, we can all appreciate that it had, in fact, been a great day today, ladies and gentleman. 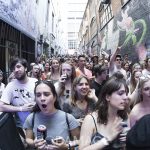 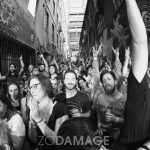 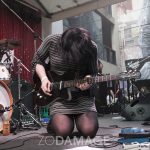 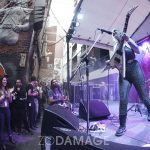 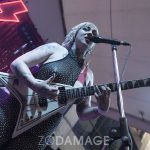 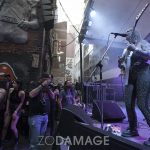 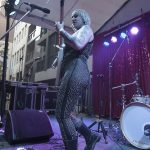 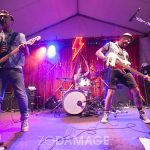 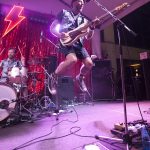 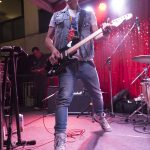 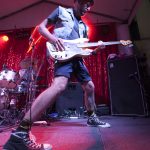 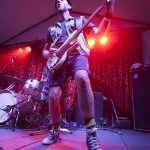 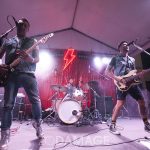 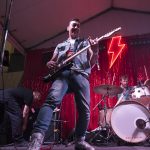 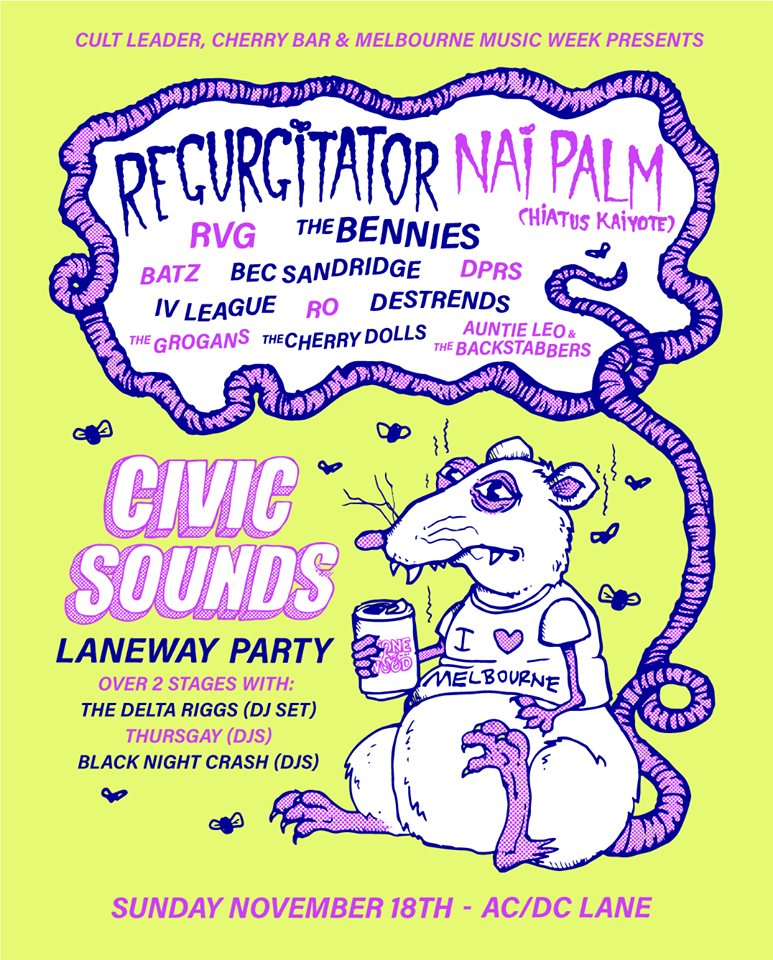