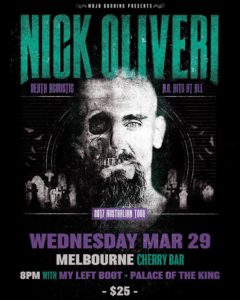 As well as playing the Mojo Burning Fest in Brisbane, Oliveri has been touring and playing two sets a night. Firstly, his Death Acoustic set, a mix of covers and originals played on his acoustic yet sung like he’s on stage with a fully amplified band; and then a second electric set with a local backing band. For Melbourne it was the always impressive My Left Boot.

At times, Nick Oliveri’s Death Acoustic sets are dark and horrific, at others calming, but always emotional beasts that drill into you deeply and give you goosebumps. He always digs deep into his own psyche and pulls you right in there with him.

For example in songs like ‘Bloody Hammer’ and ‘Love Has Passed Me By’, two of the crowd fav’s on the night, he gave it his all and had the veins in his head ready to explode in no time. Then there was the touching intro to ‘Autopilot’, he dedicated the song to a friend who had passed away which had the Cherry Bar lovingly singing along.

“That’s the hardest two chord song to play ever!” was Oliveri’s description of ‘Feel Good Hit Of The Summer’. He invited as many on stage as could fit and the room happily obliged. It was easily the biggest crowd participation of the night but most of the other songs weren’t that far off.

The end of the first set was met with Nick putting down his acoustic and delivering an extreme version of ‘Six Shooter’, vocal only and as raspy and brutal as fuck. Jaws hit the flaw in amazement well before he did, totally exhausted at the end.

Oliveri had a short break before the second electric set with My Left Boot, for the mix of Kyuss and Queens of the Stone Age classics. The band had rehearsed separately to each other and only just met Nick for the first time as they joined each other on stage. That fact in itself is pretty extreme but it became mind-blowing as they ripped straight into the much-loved Kyuss track, ’50 Million Year Trip’, and it sounded insane! Everyone had a massive smile on their face including those in stage. It was very cool to see Oliveri smiling and enjoying himself the entire time. At the end of ‘Tension Head’ and ‘Green Machine’ members of My Left Boot were even met with hugs, Oliveri seems to just enjoy playing music with others so much and connecting through it. Awesome to see.

Stand outs for the sold out Cherry from the electric set were ‘Allen’s Wrench’, ‘You Think I Ain’t Worth A Dollar But I Feel Like A Millionaire’ and ’Song For The Dead’, where Cuff’s drumming was like a frontline assault battering the room with his machine gun snare. The entire band should be as massively impressed with the set as we all were; no rehearsal as a band and getting up there and destroying the stage. At the end of the set they were met with punters yelling for more, and after some consultation with each other they decided that was it as they didn’t all know anymore they could collectively tackle. Oliveri started a ‘My Left Boot’ chant and the house music kicked in.

Overall it was a huge night that won’t be forgotten. Thanx to Nick Oliveri and My Left Boot for putting in well over 200%, Christian Tryhorn / Beats Cartel / Mojo Burning for bringing out Oliveri and putting the entire tour together and DJ Mermaid for playing nonstop kick arse tracks throughout the night. 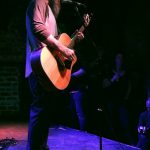 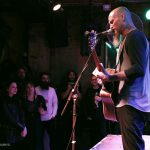 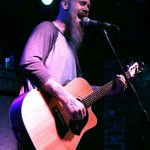 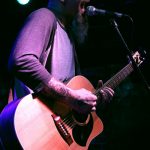 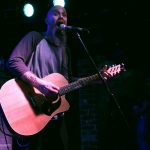 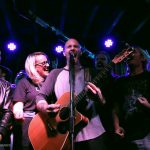 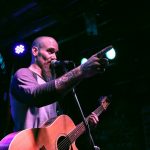 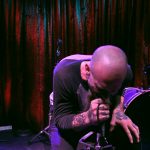 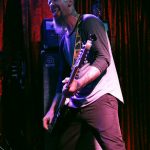 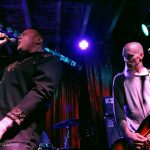 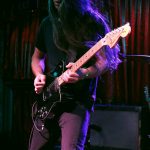 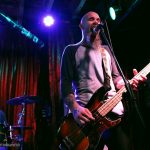 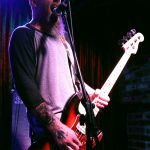