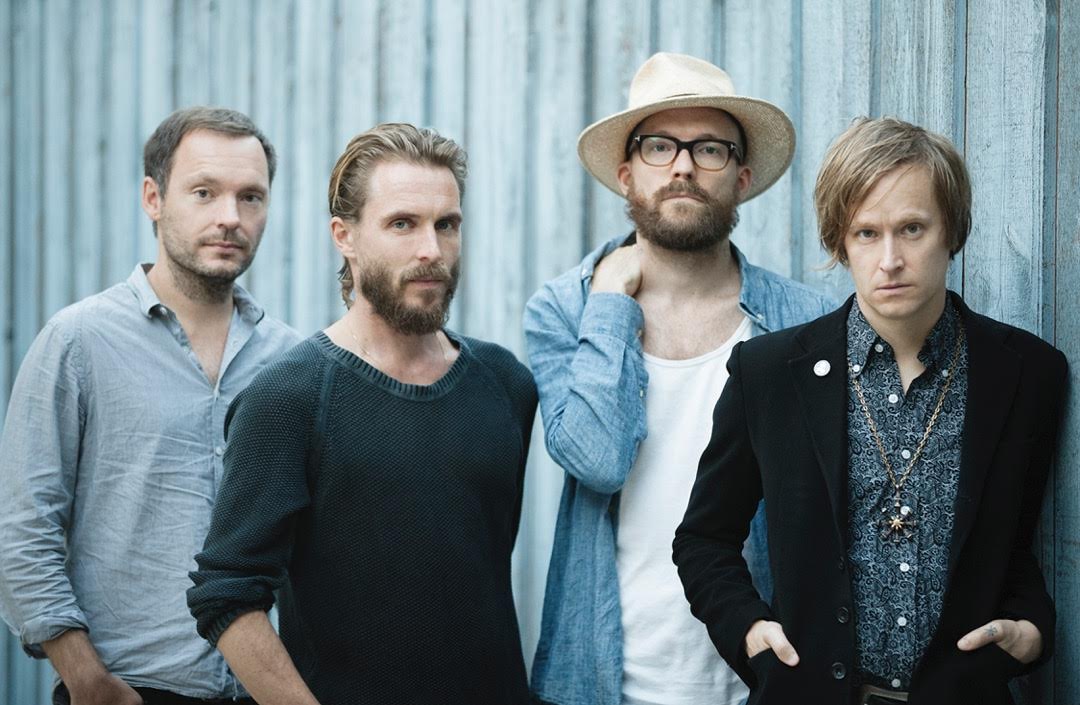 With time comes age, experience, influence and the overall state of the world, so it’s inevitable that their sound might have changed since their 1998 release The Shape Of Punk To Come. Following their longstanding hiatus (1999–2009) that was broken with speculation, rumours and a 2012 world tour, Refused released their first studio album in 17 years during 2015 via Epitaph Records. Titled Freedom, the 10-track brought critics and fans all over (again) out of hiding and straight back into the pit. As they embarked on another run of international shows, their new album became a celebration in itself. Fast forward a year, and Refused announced that they’d be coming back Down Under in early 2017… and the time has arrived!

In the light of the bands unpredictable future, I was able to touch base with front man Dennis Lyxzén on what has been going on since the release of Freedom, and what fans of Refused could anticipate. Currently making the most of being home in Sweden, Lyxzén is also working within other bands (Instängd, INVSN) and while he is fronting them all, they each have their own unique sound, and direction… But what is the future direction for Refused? After enquiring about these dates and fearing that their run of 2017 shows might again be the end of Refused, Lyxzén was quick to defuse these possibilities: “We’re not breaking up or anything, we’re taking a break to write a new record… But the Australian tour will be the last tour for a while… We’ll take some time off, and then we’ll start writing some songs but we’re not breaking up, no.”

Echoing the prominent relief in my tone, I think I spoke for many when I replied, “Okay, that’s good, because we only just got you guys back! Our laughter became shadowed with excitement as Lyxzén continued, “Exactly. We’re planning on – if all goes well – we’re planning on being back for a while. That’s the condition. We want to be a functioning band.”

So what kind of setlist should we be anticipating from Refused as their tour dates approach? Lyxzén answers that “It’s a healthy mix, I mean, we do a bunch of new songs and a bunch of old songs. We’re not naive people, we know what songs enable us to play traditionally and I think that The Shape Of Punk To Come is just one of those records that, that’s what people love.”

17 years is a long time to go without creating any new noise, so where did the inspiration to write this Freedom actually come from? “At first, writing the new record came from us doing the tour in 2012 and having a really good time, enjoying each others company and feeling that we wanted to continue. It was like this main thing where everyone was like, we kind of want this to go on, but we’re not the type of people to keep on looking in the rearview mirror. We’re the type of people who want to create and do new things and we want to move on with the art. So the moment we kind of defined to ourselves that we wanted to continue with Refused, it was imperative to write… So that was the inspiration to actually sit down and write but I then, I mean, I s’pose, as far as inspiration for the music goes, it think it’s like, it’s really different for us. I think there is a common ground of what we listen to and what we get inspired by but looking at the type of band we are and the type of people we are, that what a huge inspiration for us getting back together and writing a record called Freedom was, is the political climate of the world today. That was a huge inspiration.”

So with the future of Refused seemingly promising, we can now fully anticipate the tour that commences on the 20th of January. With Melbourne thrashers High Tension locked in to be the opening act at the shows, hardcore heavyweights Sick Of It All are among the enticing bill. They’ll be celebrating their 30th anniversary as a band, which is ensuring that these run of gigs will definitely be bringing the ruckus of NYCH with them. 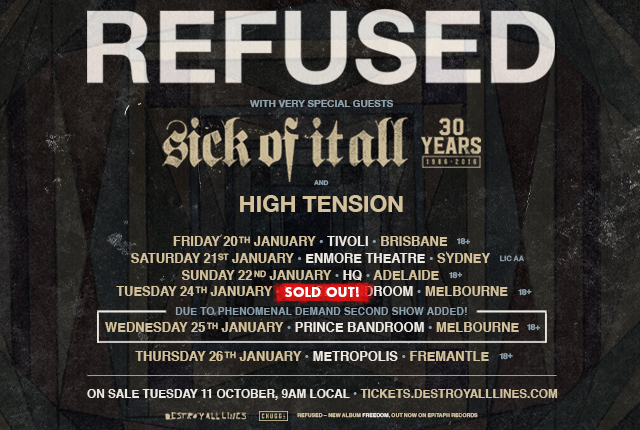