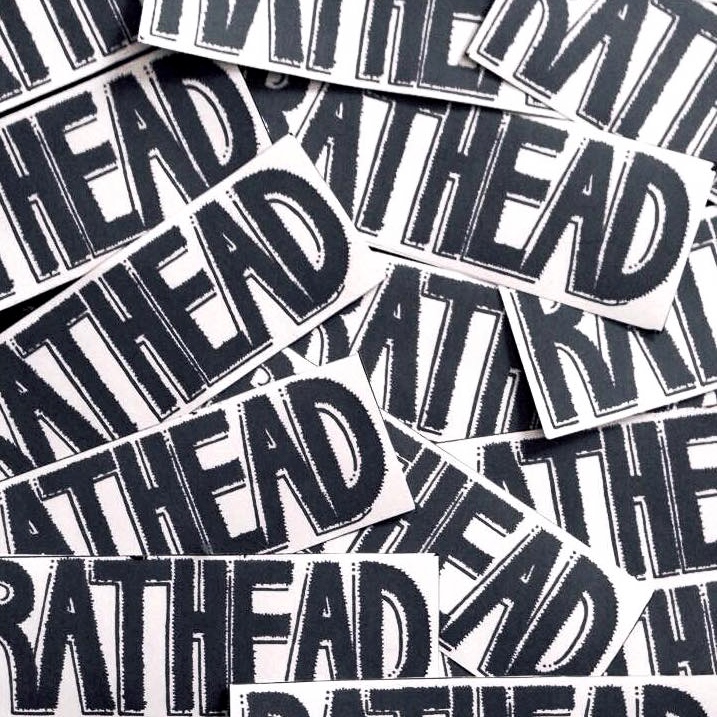 Rathead is Sam McPherson (Platypus) and Taylor Bain (Inedia, System Failure). The boys play the kind of music you would have heard on Tony Hawks Pro Skater 2 if only they weren’t 16 years too late (that’s a good thing). Their self titled debut drops in like a drunk Dustin Dollin with ‘Anything’, a song that bleeds melodic charisma while staying true to DIY punk-rock code of conduct. The production is raw as fuck and lends itself perfectly to the band’s stripped back style. Taylor Bains vocal style pays homage to ’80s skate-punk pioneers Gray Matter, yet retains a unique and refreshing tone for a heavy band. One thing that sets Rathead apart from their contemporaries is that they don’t rely on excessive screaming to give their songs an edge, nor do they indulge in any drawn out guitar solos. It’s just no-nonsense, get-to-the-fucking-point punk rock.

‘Bedhead’ is an instant skate anthem. It’s literally a song about wanting to stay up all night and skate. Stylistically, ‘Bedhead’ is a throwback to Bain’s days in Inedia and even has a tinge of Clowns to it. Rathead’s arsenal of influences isn’t cluttered with big name international acts, they keep it local, drawing inspiration from Violent Soho, Cosmic Psychos and Magic Dirt more than they do Wavves, Dinosaur Jr or even Nirvana.

Bain questions his sanity and contemplates suicide on the lightning-quick ‘Self Control’, before launching into ‘Tocumwal’. Easily the best song on the EP, ‘Tocumwal’ (written by drummer Sam McPherson) is a lament on the quiet, desperate frustration of growing up in a small town. The narrative tells of a night at the Bottom Pub gone wrong, with the protagonist losing his keys and phone, leaving him with no way of getting home – though I happen to know that Sam lives within a two minute walk of the pub. The autobiographical inaccuracies aren’t important though, what makes this song great is it’s poignant chorus: “And now I hate this place now / And all my useless friends / And now I hate this place now / I’m stuck in Tocumwal again / And now I’ve gotta get out / I fucking hate you all / I’m fuckin’ stuck in Tocumwal”. Anyone who has spent their adolescence in a lifeless country town will instantly recognise the mad truths in this legit dope rhyme.

This band fucking rules. If you like honest, hard hitting music without any trendy hipster bullshit on the side, go see this band and buy their CD. Oh, and in case you were wondering, the #1 greatest comedy film of all time is Billy Madison. Rathead will vouch for that too.

Rathead are launching their debut self-titled EP with The Parnells at The Last Chance Rock’n’Roll Bar (formerly The Public Bar) along with SPacejunk and Brad Pot on Saturday 23 April. Please check the Facebook event HERE for more info. 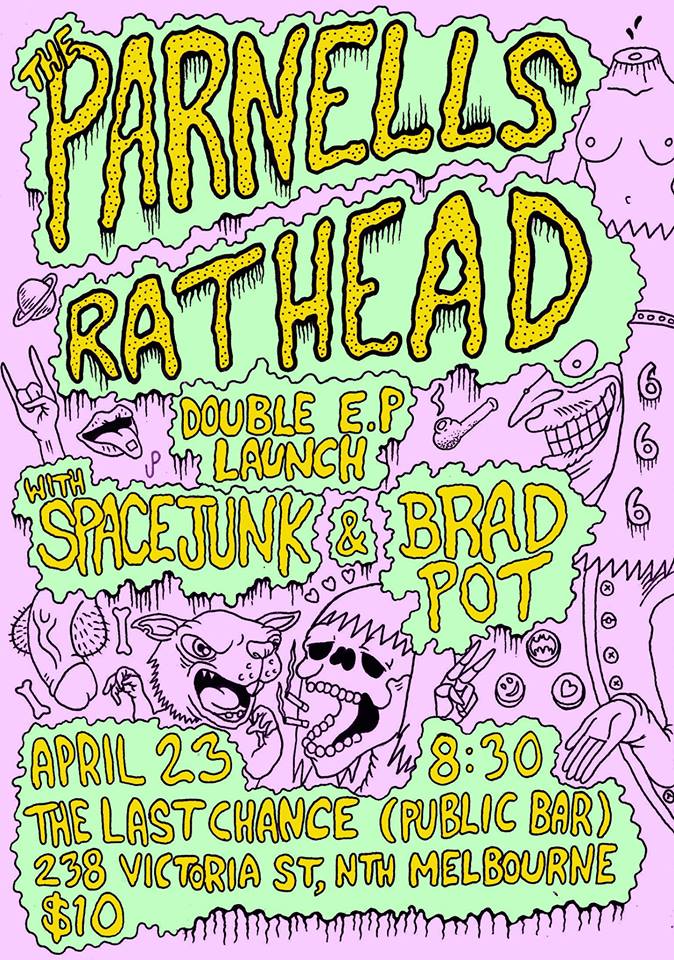