It takes a lot to get me to venture to Geelong for a show these days, especially on a wintery Thursday night. The strength of tonight’s line up however, probably could have motivated me to drive twice as far. Luckily it didn’t, as then I would have ended up in Colac and missed the show altogether.

I will level with you straight out, I was not familiar with either of Blackie or King Buzzo’s solo work prior to this evening but having grown up listening to The Hard-Ons and The Melvins, I reveled in the opportunity to see the front men of both these seminal bands in the stripped back intimate setting of Geelong’s Barwon Club.

Say what you want about The Barwon Club, but the fact is that they are still there, supporting independent bands and giving touring acts another date to add to their schedules. I personally will always be happy to walk through their doors.

Peter Black aka Blackie took to the stage and assumed a persona far from that of his Hard-Ons fame. To see him sitting down with an acoustic guitar instead of thrashing his hair around, wielding his trademark SG was bizarre but somehow liberating. His delicate voice and finger picking guitar style set a distinct mood in the room that was well received. The noise from the increasing crowd was the only unfortunate interruption to a very enjoyable performance. His songs were short and his lyrics were as good as what I’d come to expect from him over the years.

When he reached for his water bottle because “the high notes give me a stitch”, I found myself laughing out loud. It’s nice to see someone break out of their comfort zone, however in that respect Blackie might need to find something new again soon because he seemed pretty comfortable in this role.

King Buzzo walked to the stage and began setting up his equipment. The masses of middle aged fan boys followed. No doubt in a hope to catch a glimpse of what pedals he used. For me though, I stood back and took in the spectacle. I’ve admired Buzz for a long time as a guitarist and songwriter, yet I knew nothing of what to expect tonight so I decided to take the cautious approach and watch from a distance until I found my bearings.

From the first chord he strummed I knew my expectations were wrong, which is quite impressive considering I had none to begin with. King Buzzo traversed the small stage bathed in a sea of cheap red lighting. He was certainly not of the mindset that acoustic music had to be quiet and soft. He played hard, it was fast and brutally heavy at times. He played a mixture of Melvins songs, solo material that sounded like Melvins songs as well as an Alice Cooper song that he molded to make sound like a Melvins song. This is a complimentary assessment. Buzz has his own style and sound and the fans were happy to hear this distinct familiarity throughout the set’s material.

Anyone who has seen the Melvins live know just how impressive the overall show is, due largely to the encapsulating drumming of Dale Crover. The beauty of tonight’s experience for me was the chance to see just how good King Buzzo is without any help from others. Watching him hold the attention of a room full of punters in Geelong on a Thursday with nothing but an acoustic guitar only serves to reaffirm his importance as a modern day guitarist. It also gave us the chance to see a side of him that you rarely see in the band setting. His raconteur skills weaved us through tales of his home life and celebrity encounters. His anecdotes broke the set up nicely without detracting at all from the music. Which was relentless in intensity and performed with passion and skill.

There’s something nice, even rewarding about getting to see renowned loud musicians strip it back and show you what they can do by themselves. When it’s good anyway, and tonight it certainly was. King Buzzo and Blackie are amazingly talented players, but I knew that already. What tonight really taught me was that they’re extremely versatile and that they have personalities that deserve your attention, whether on their own or in their various musical outfits. 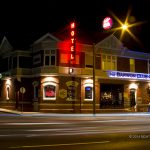 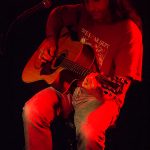 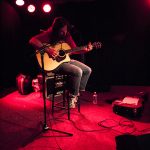 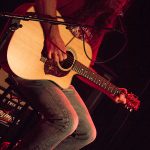 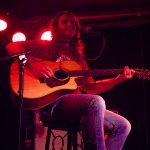 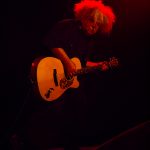 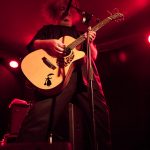 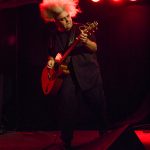 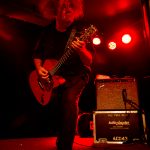 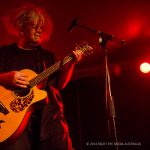 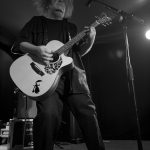 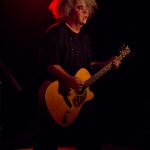 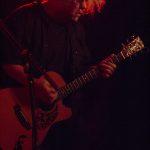 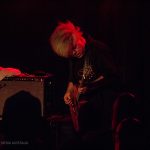